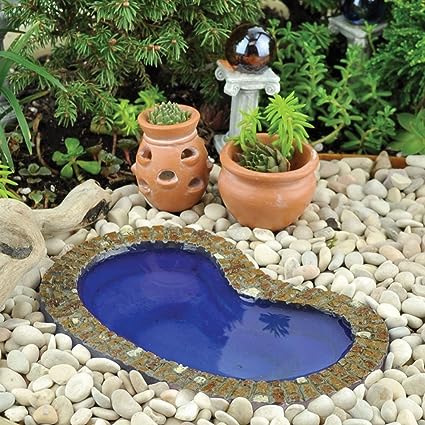 
The Fairy Queen tells Kendra that he is a man and not another being in disguise, and attributes his age to magical tampering. Casey "Case" Hancock Casey Hancock, who introduces himself as "Case" is a goblin-like creature called a kobold. He appears in Kendra's class at school, but only she can see him for what he really is.

Everyone else sees him as a blond haired, handsome boy. As Kendra's friends swoon over his good looks, he asks them out on a movie date. He even goes as far as kissing some of her friends, revealing a major case of bad breath, causing them to avoid him. Errol Fisk helps Kendra and Seth get rid of the kobold by having Seth steal a statue that he says is sacred to kobolds. Supposedly, when Case received the statue, he immediately left, under a compulsion to return it to a kobold shrine in the Himalayan Mountains.

Olloch the Glutton Olloch the Glutton is a demon who spends most of his time in a state of dormancy. While dormant he appears to be a statue of a frog. Seth is tricked into feeding the statue, thereby awakening the demon. The statue bites Seth, marking him as the target of the demon. The demon slowly comes to life and begins an unrelenting quest to find and devour Seth.

He eats along the way, and as he eats he grows in size and power.

He manages to breach the barriers of Fablehaven, and eventually succeeds in hunting down Seth, but Seth is protected by the fairy cocoon given to him by Coulter. Olloch consumes the cocoon, but Seth passes through the demon's digestive system and is expelled at the other end safely. This satisfies the demon's quest, and Olloch returns to his dormant state. Navarog When the Sphinx replaced the current occupant of the Quiet Box with Vanessa, he took into custody the previous occupant.

Graulus the Demon revealed to Seth that the prisoner the Sphinx took out of the Quiet Box was in fact, Navarog, the Demon Prince, Lord of the Dragons, and that the Sphinx released him to retrieve the revenant's nail, starting the ball rolling that would plunge Fablehaven into the Shadow Plague. As the story continues in the third book, a new array of characters and magical creatures are introduced, from new friends at Lost Mesa, to a crowd of beings aiding Kendra and Seth in trying to defeat the shadow plague.

He makes his first appearance in book 3. It is revealed that he is Maddox Fisk's brother. At the end of book 3, Dougan comes to Fablehaven and reveals that The Sphinx is the captain of the Knights of the Dawn, and is a traitor. He is 16 years old and goes on the mission with Kendra, Warren and Dougan to Lost Mesa to get the artifact. Gavin stutters sometimes when he talks, which gets worse if he's nervous. Gavin's father, Chuck Rose, was an expert dragon tamer, and kept his son a secret. However, Chuck was eventually killed by a dragon. Gavin, a natural dragon tamer, can talk to dragons and is not affected by dragon's ability to paralyze humans by projecting fear.

He also proves himself quite skilled at combat on the top of Lost Mesa when the party is ambushed by kachinas. At the end of book 3, Gavin goes on another mission and sends a letter to Kendra saying that he is interested in getting to know her better. She was going to inherit the position after her mother, but after tragedy struck the preserve, decided to join the Knights of the Dawn instead.

Neil One of the groundskeepers at the Lost Mesa secret preserve. 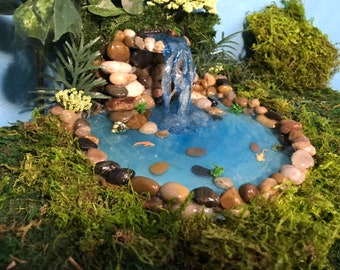 He was a Native American apparently in his 50s, but he was also a Skinwalker. Skinwalkers have the ability to turn into another animal at will. Neil turns into a horse to save several members of the artifact search party when they were attacked by kachinas on top of Lost Mesa. Neil is killed in Lost Mesa trying to retrieve the artifact. Patton Burgess Patton Burgess is Lena's husband and was the caretaker of Fablehaven in the late s. He is mentioned in the first two books, but does not appear until the third book when Seth, with the aid of the Chronometer, inadvertently brings him through time to the present.

Patton quickly learns of the plight Fablehaven is in with the Shadow Plague. He knows he only has three days to help save the preserve from being overtaken by the plague. In those three days Patton duels with a centaur, easily convinces Lena to leave the naiad pond again, and battles the dark creatures to defeat Ephira, Kurisock,and the Shadow Plague. Patton revealed that he had defeated the dragon Ranticus, and that he was fairystruck.

He told Kendra that the Journal of Secrets was his personal journal that he wrote in with the special Umite crayon, indicating that he would be sending Kendra messages from the past. Patton refers to himself as "The World's Greatest Adventurer. She welcomes the Knights of the Dawn to stay at the manor during their stay as they attempt to retrieve the secret artifact located there.

She is killed when Lost Mesa falls. An old, pot-bellied cowboy, he works to maintain the parts of the preserve associated with the homestead, such as the zombie graveyard, the museum, and Mazy the milch cow. Tammy A knight of the Dawn who was assigned to the task force to retrieve the secret artifact from Lost Mesa. She joined Javier and Zack, the team leader, because of her skill and experience navigating magical traps and other dangers.

She was the only one not injured in their failed first attempt. Javier A knight of the Dawn who was assigned to the task force to retrieve the secret artifact from Lost Mesa. He is a skilled with potions, collecting and making. He was injured when their team walked in on Chalize, a young dragon and artifact guardian. She killed the team leader Zack before they knew what hit them. She swiped him with her tail, and he lost a leg and injured the other one.

He did not accompany the second team's trip to the mesa. They are pompous and arrogant, but they successfully lead the diversion against the dark creatures allowing Grandpa's party to safely escape to the old manor. Broadhoof loses a duel to Patton Burgess. They join the force attacking the dark creatures in the battle at Kurisock's tar pit. Kurisock The demon Kurisock is one of the four known demons on the Fablehaven preserve. He is barely mentioned in book 2, but not a focal character until book 3. He is described as a demon more of shadow than substance.

After the dragon prince Navarog was released, he found the revenant's talismanic nail that Seth pulled out and discarded.

He gave the powerful nail to Kurisock, who inserted it into Ephira's tree. Then he merged with the tree.

With the cursed nail in the tree, both Kurisock and Ephira's power were greatly enhanced, and together they caused the Shadow Plague. Graulas A very old demon who once threatened the mountainous regions of India and China. He was admitted to Fablehaven essentially to die, and doesn't make an appearance until he notices that Seth successfully removes the nail from the Revenant.

To thank Seth for his first surprise in centuries, he provides Seth with knowledge that helps them defeat the Shadow Plague. Chalize A very young dragon, who is very coppery and the dragon who Kendra finds that she can talk to some dragons. The first dragon Gavin talks to in Fablehaven. Chalize is also mentioned in Fablehaven 4. Chalize is also described as a Golden, coppery dragon with molten gold eyes. New challenges await the Knights of the Dawn at Wyrmroost. As the title implies, we meet some new dragons, and a few more new Knights of the Dawn as they infiltrate the Dragon Sanctuary.

Trask A Lieutenant in the Knights of the Dawn and a detective. He was the one who found Kendra after her abduction and escape. Other than being a natural leader during some expeditions, he is also a skilled dragon tamer, and he was chosen to lead the team that infiltrates the Dragon Sanctuary. He is captured with his team by Thronis the Sky Giant and agrees to retrieve some special figurines from the Dragon Temple to save their lives. His weapon of choice is a huge double cross-bow. Torina Barker Makes her first appearance in Book 4 as Kendra's abductor. She reveals herself as a lectoblix, who absorbs the youth of others with a bite.

When Kendra first sees her she looks in her early 50's, but during her incarceration she witnesses her in the act of draining the youth from a new victim, and allows Kendra to flatter her on her new youthful appearance. She holds Kendra at her lair until the Sphinx takes custody of her. Agad The caretaker of Wyrmroost.

He holds conference with Trask's team and reveals himself as one of the last actual wizards on earth. He informs the team that they are there at their own risk, and that they cannot stay at the keep. He later reveals to Kendra that he was once a dragon, that all true wizards were once dragons, who opted to stay in human form.

Raxtus A son of the Dragon King Celebrant, he was presumed dead when cockatrice invaded his nest and destroyed the eggs. His egg was rescued and he was raised by fairies. His primary guardian and teacher while growing up was Shiara. He calls himself the fairy dragon, and is much smaller than average. His breath heals and helps things grow. He has a silver, sleek appearance as if he was built for speed.

Kendra says he is like a sports car. His best skill is flying, and he can turn invisible at will. He is shy, however, with low self-esteem, and is drawn to, but hesitates to make first contact with Kendra. They eventually connect and become fast friends. Elise A member of the Knights of the Dawn placed as one of the guards over Kendra and Seth while they're away from Fablehaven.

She also accompanies the team to retrieve the artifact at Obsidian Waste in book 5. They were 32 and 28 years old respectively but had had their youth drained, making them old men. Darius and Nanora Psychics in the Sphinx's entourage tasked to read Kendra's mind. They attempted to find information about the Chronometer, but fail, because her fairykind status renders her immune to mind tampering.

Boys Clothing Shoes Watches Accessories. Baby Baby Girls Baby Boys. Sim Cards. Unlocked Phones. Mac Accessories Games. Out Stock. Ours do not. And strong stakes will keep it covering your pond through wind, rain, or snow. Nothing will go through it. Take one, and you won't need another for several seasons.

Don't worry about Gus's net getting away when you're not around. And it is so see-through you won't even notice it. It is that easy. Request a quote Favorite. Seller List. Other Sellers. The Time commitment. Be sure to maximise sales with great displays, creative marketing and appropriate companion products.

Our range is a great way to expand your offering and increase your sales all year round! You can view our products and prices once you have registered. We will send you an activation e-mail once your details have been validated. Should you choose to stock our products, we will ensure that your store is added to our participating stockists list for web readers. Name required. Surname required.