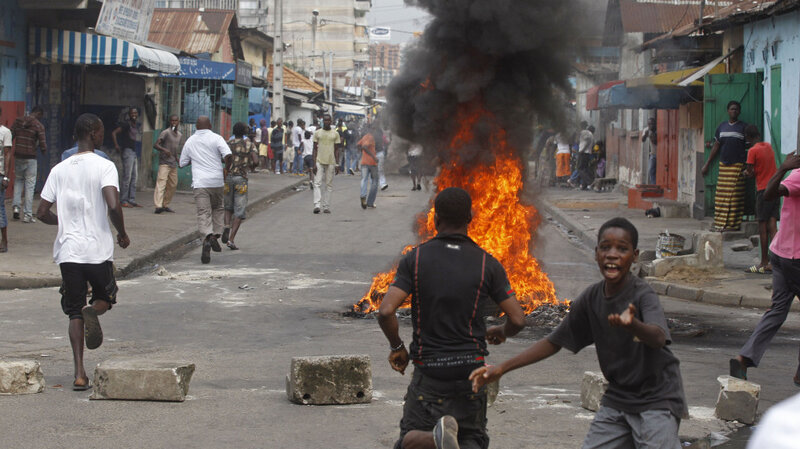 They believe that, given the current division in the country, his acquittal and eventual release will aid the national reconciliation efforts with which the country has been grappling for these past years. However, the victims who suffered serious human rights violations at the hands of forces and militias alleged to have been working on behalf of Gbagbo were furious. They did not mince words as they took to the streets in Abidjan to express their indignation.

There were even protests in certain pro-Ouattara strongholds. The mixed reaction to the Gbagbo acquittal is symptomatic of the divisions that have held the country hostage since transitional justice efforts began. The Ouattara administration had assured all Ivorians equal treatment by promising accountability for past crimes, reparations for victims, and an end to impunity, including for crimes committed by the forces that supported Ouattara during the conflict.

In the only trial for gross human rights abuses, the prosecutor refused to include two emblematic co-accused perpetrators, and the trial ultimately resulted in acquittal of Simone Gbagbo due to the inability of the prosecutor to provide sufficient evidence. For almost two years, there has been no news about the pending appeal in this case.

The failure to successfully indict perpetrators aligned with Ouattara has left the country divided. Before the ICC decision, President Ouattara issued an amnesty to crimes committed during the post-electoral crisis, which compounded the effects of impunity. It led to the release of approximately pro-Gbagbo supporters who were subjected to very long pre-trail detention without charges against them, ending a form of partisan abuse of power.

However, it is undeniable that Ouattara supporters will eventually benefit from the amnesty, too, since it bars future prosecution of all crimes committed.

By making impunity for one side depend on the impunity of the other, the Ivorian political elite has reached a convenient pact that shields all responsible from accountability. Failing to deliver justice, the Ivorian authorities have repeatedly promised to pursue social cohesion and reparations—both important elements in rebuilding post-conflict societies.

However, proof of making good of these promises has been highly questionable. It has instead placed the burden on the victims to forgive, while their rights continue to be ignored.


The reparations process has also been marred by series of blunders, and, so far, only very limited measures of reparations have been delivered to a small number of victims who were selected without transparent criteria. The government on several occasions prohibited opposition rallies and used tear gas and other non-lethal force to disperse largely peaceful demonstrators. A rural land agency, created in but only operational in , began to accelerate efforts to facilitate land registration and demarcate village boundaries.

Overall, however, implementation of a land law, which could reduce conflicts by registering customary land ownership and issuing legal title, remains extremely slow, in large part due to the lengthy and expensive land registration process. Ivorian forestry officials also in some areas continued to forcibly evict farmers from protected forests and national parks. The criminal justice system still faces longstanding and fundamental challenges, however, including a lack of judicial independence, excessive use of pretrial detention, and prison overcrowding.

As of July, some 16, people were detained within a prison system designed for less than 9, Some 5, detainees were in pretrial detention. Detainees lack adequate access to medical care and suffer extortion by prison guards and fellow inmates.

Although female genital mutilation has been criminalized since , it is still practiced widely, affecting more than a third of women aged between 15 and Child marriage is also still common, with more than a quarter of women now aged 20 to 24 having been married by age France, the US, and the EU remained major donors in the justice and security sector.

Skip to main content. The government has still, however, made limited progress in tackling impunity and has not addressed the other root causes of past political violence, notably an undisciplined army and politicized judiciary. The ICC is also investigating crimes committed by pro-Ouattara forces. A new press law thst provides some protection against the detention of journalists was adopted in December